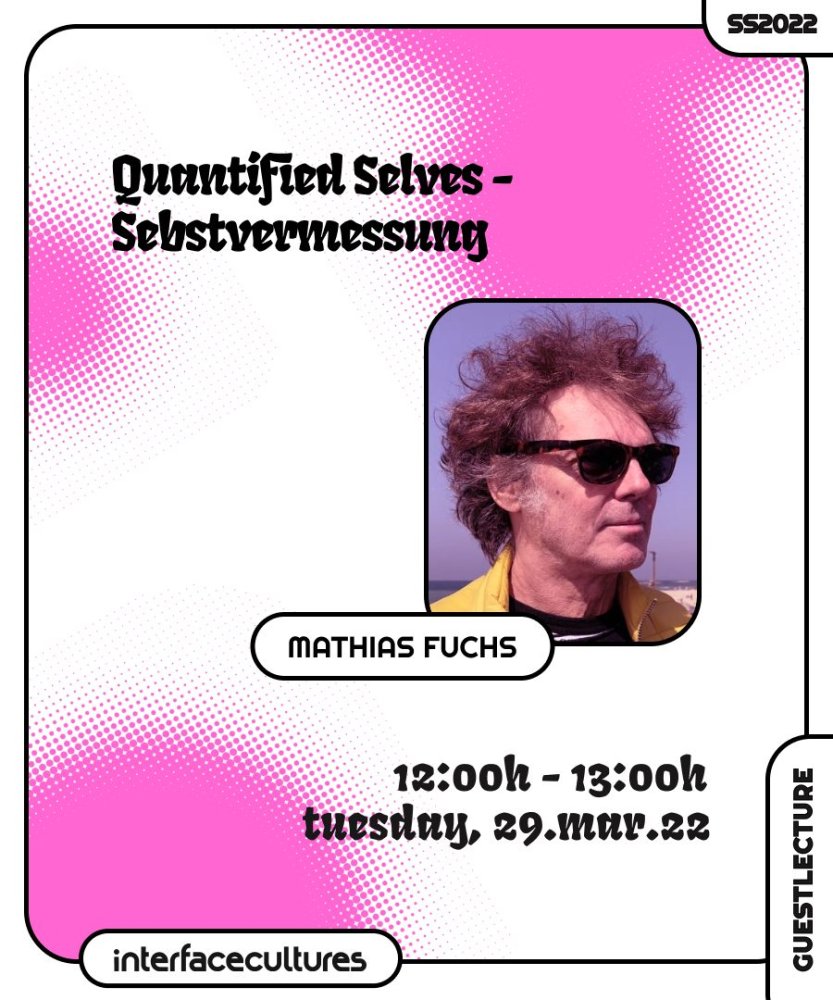 The lecture compares contemporary forms of self-observation with the Mass Observation movement from the 1930s. Now and then “observers” were concerned with precisely documenting a detailed account of various aspects of our physiological, social and emotional condition. The Mass Observation project conceived society as “ourselves”, whereas the Quantified Self movement is tailored to render an image of the individual’s self that is attempted to be understood via numbers. The “ourselves” of the 30s and the many “selfs” of our decade are accessed with different methods: qualitative observation versus digitally mediated measurement. The author proposes that beyond this methodological difference there are also different political positions being favoured by Quantified Self and Mass Observation. The emancipatory approach of the 1930s movement fostered an enlightened and critical view on society and social practices, whereas QS promotes neoliberal individualism.

Mathias Fuchs is a game artist, musician and media scholar. He pioneered in the artistic use of computer games and exhibited work at ISEA, SIGGRAPH, transmediale and the Greenwich Millennium Dome. In 2012 he became a professor at Leuphana University in Lüneburg. He is currently Senior Fellow at the IFK Internationales Forschungszentrum Kulturwissenschaften I Kunstuniversität Linz in Wien.